We understand the challenges new and experienced investors encounter every day.

We understand that Real Estate Investing is not a one-size-fits-all endeavor, so a one-size-fits-all approach is obviously the wrong way to invest. The key to successfully training someone in real estate is to cater to that individual’s unique needs and goals.

That’s why it makes sense to bring a group of advisors together that come from different backgrounds and have risen to the top in their niches. From fix and flip to wholesaling, from lease options to partnerships, and everything in between, REKI’s team encompasses every aspect of real estate investing. If you have a question, a concern, or just a desire to know more, you’ll be learning from the top of the industry in each field.

View Our Advisory Board

John Trautman has spent his entire adult life pursuing his real estate passion, which began with the purchase of his first property at 23. He started by learning the process of flipping and real estate holding from the ground up. This real estate experience eventually led to eight years as an account executive and, later, a Vice President for Washington Mutual mortgage division where, along with holding the position of President’s Council and several years of President’s Club, he learned the lending business from both the mortgage office and lender perspective. Throughout his life he has also been a small business owner, commercial real estate holder, property designer, and house flipper, which only added to his knowledge and understanding of real estate investing.

During the downturn in 2008, John followed the deal to Detroit, Michigan, where he invested in single family rentals and multi-family dwellings. Once his returns were realized, he moved quickly to Arizona to invest in another distressed market, once again, realizing his returns. His dual passions, making a deal and real estate investing, led him to create a hands-on real estate investment mentoring center based on a team-approach philosophy that he aptly named Real Estate Knowledge Institute (REKI).

Why Choose REKI For Your Real Estate Investing Education?

It is our philosophy that no one person knows everything there is to know about real estate investing. That’s why REKI is comprised of a board of advisors, each highly skilled and talented in their specific niche.

We put the success of our students first, before everything else. Through this philosophy, everyone wins and achieves success.

Every REKI trainer, mentor, and team member are investors in today’s current market conditions. It is our philosophy that in order to teach in this industry, you must first be actively working in this industry. 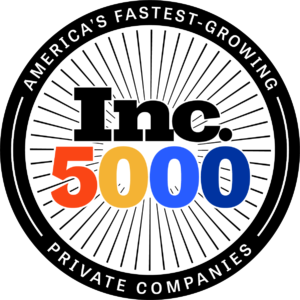