Real estate investing has grown considerably since the early ’90s as people work to grow their wealth. Nonetheless, real estate investing, particularly flipping houses, remained a man’s territory. Women who wanted to be involved in real estate often became agents, designers, or home stagers. In fact, according to the National Association of Realtors, women make up 63% of the membership.

However, times are changing. Now, more and more women not only invest in real estate but tackle house flipping as a way to bring in high returns, increase their retirement savings, and supplement their income streams often interrupted by child, family, and spousal care.

Flipping property means taking a distressed home, renovating it, and reselling in a short time frame. There are many ways to find such properties including foreclosure auctions, wholesalers, contacting absentee landlords, and more.

The goal of flipping is to create a strong profit stream. LendEdu states that the average profit for a flipped home in the US is $29,342. Flipping just four houses a year would provide an additional $117,000 in income. This is an incredible way to create cash flow.

For a majority of women, the challenge in flipping a home is the lack of knowledge about basic construction. Most girls were not taught such things as basic plumbing or electrical skills. This means that simple repairs such as installing a ceiling fan or changing out a faucet have to be hired out. This can dig into the profit margin.

On the other hand, there are many men who are quite successful in flipping homes who never touch a hammer or screwdriver. The key is to accurately determine the cost of renovations and buy the property accordingly.

One of the best ways to determine how to work the numbers is to find a mentor that can teach the ins and outs of investing. There is no need to reinvent the wheel.

What Women Bring to the Table

Despite often having less experience with renovation, women have many skills that lend themselves to a fix and flip property.

This same kind of designer flare is useful when the house goes on the market. Who better to relate to the stress of being a mom than another woman? Women flippers understand the need to create a calm atmosphere, areas for creating family fun, and nooks for romantic downtime with a partner.

Women are also good communicators. Because of this skill, negotiations with sellers, financers, and contractors will be easier. Networking with other investors will come more naturally. And finally, women know how to ask the right questions to get to the answers they need.

This is a great time for women to enter into the world of house flipping. With inventory lower than in the recent past, a woman’s touch is what is needed to take an average house and make it spectacular while still following a budget.

How to Get Your 2022 Resolutions to Stick

How to Get Started in Commercial Real Estate

How To Get Pre-Approved For A Mortgage 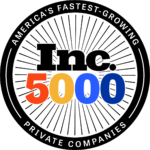 Notice: Any statements of income or earnings are either examples or estimates of potential income and should not be considered typical. There is never any guarantee of earning profit or avoiding loss. Success in real estate, as with any business, requires significant effort, skill and persistence. There are many factors that impact results, some of which you can control and some of which you cannot. Any effort to invest in real estate is done at your own risk and we recommend always performing your own due diligence. This presentation and supporting information is for educational purposes and should not be considered legal or financial advice and it is always recommended that you seek the advice of professionals. You agree that REKI is not responsible for the success or failure of your business decisions relating to any information presented by our company or our representatives.